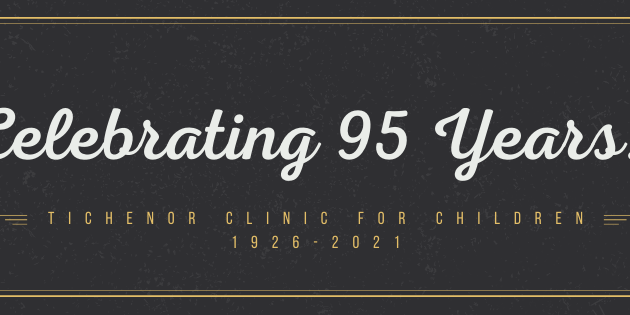 In the summer of 1920, when the 19th Amendment was ratified (finally!) granting women the right to vote, Adelaide Alexander Tichenor was busy making plans. She enlisted five of her closest friends including Clyde Doyle, the first president of the Long Beach Kiwanis Club, C.H. Windham, former Long Beach Mayor and City Manager, Florence Bixby of Rancho Los Alamitos, Benjamin Ferree “BF” Tucker, founder of City National Bank, and William Graef, Southern California Edison executive, to faithfully carry out her dream upon her death: to open the first orthopedic center for children in Long Beach. When she passed away in 1924, these friends began their tenures as founding trustees of the Adelaide Tichenor Hospital-School which opened two years later. It still operates today as Tichenor Clinic for Children, steadfastly furthering Adelaide’s vision: to serve children with disabilities regardless of the family’s ability to pay.

But before Tichenor Clinic came to be, Adelaide Tichenor’s contributions to Long Beach spanned three decades. Born in 1845 in Ravenna, Ohio, Adelaide attended and graduated from St. Louis Normal College in Missouri, continued her education at the Art School in Boston, and then became a teacher. In 1884 she moved to San Bernardino, California where she met and married Lester Tichenor. After her husband died of pneumonia in 1892 at the age of 38, Adelaide sold their 100-acre ranch and eventually settled in Long Beach in 1895. Her many civic contributions led to her being dubbed by many the “Mother of Long Beach.” She helped found the Women’s Club, the Ebell Club (which began in her home), the Long Beach Day Nursery (donating the land and building), and the first Long Beach public library (by helping secure a $30,000 donation from Andrew Carnegie). John Steven McGroarty documents in his “History of Los Angeles County: Volume 3” that Adelaide “for several years not only collected the money for its maintenance and bought all the books in Los Angeles and brought them home in her arms, and then later turned it over to the city when the city hall was built.”

Lovers of Long Beach architecture also celebrate Adelaide Tichenor’s lasting influence. The Tichenor House, built in 1905 and 1906, was at one time the only home on the bluffs along Ocean Boulevard and one of only three homes constructed in Long Beach by architects Charles and Henry Greene. The Greene brothers are famously known for their Craftsman homes throughout Southern California. Adelaide, ever a pioneer, wanted a twist. “I read letters from Adelaide to the Greene brothers from 1898 through 1906,” shared developer Larry Gulihur, who eventually bought the house around 1990. “She convinced the brothers to go to the 1894 World’s Fair in St. Louis to see the Japanese architecture displayed there.” The resulting Tichenor House was long considered one of the most beautiful homes in America.

In 1938, Tichenor Orthopedic Clinic for Children moved from its original location in the basement of Community Hospital into a beautiful new Art Moderne building next door. President Franklin D. Roosevelt, who like Adelaide had great compassion for children with disabilities, sent a letter of congratulations. Tichenor Clinic for Children today is a 95-year-old legacy of which Adelaide Tichenor would be proud. “My sole desire in this matter is that my trustees use their own best judgment so that my trust estate will be placed where it will do the greatest good to the greatest number,” she said in her 1924 will. Her wish was certainly carried out during the 1933 earthquake when Tichenor Clinic quickly transformed into an emergency room to meet the greatest need. During the polio epidemic, Tichenor Clinic became the first treatment center for children in the South Bay. The Clinic opened the first school in Long Beach for children with physical disabilities, opened and operated the city’s first bone bank, started the Long Beach Dental Clinic, and developed some of the first metal implants for joint replacement in children.

Today, Tichenor Clinic for Children offers a wide range of services: physical therapy, occupational therapy, speech language therapy, as well an early intervention program, the Rich Kempster Swim Program (named after former patient and Board Member Rich Kempster), parent support, and orthopedic consultation in partnership with Miller Children’s & Women’s Hospital. Thanks to Adelaide’s vision to help children like herself, who as a child did not receive treatment for a clubfoot, over 40,000 children and families have received the support of a dedicated team of therapists — to this day, regardless of their ability to pay. Harry Buffum, former President of the Board of Directors (1958-1963) remarked, “Truly Adelaide Tichenor has given something priceless to humanity. She has made it possible for Long Beach to carry on a great work. She has crowned a life of achievement with a final generous act that stands out in bold relief even against the numerous other charitable services she rendered to her homeland.”

Thank you for your vision, Adelaide Tichenor! And happy 95th birthday to your dream – Tichenor Clinic for Children!

give a gift of celebration!
Category: UpdatesBy AdminMarch 11, 2021